When I left in 2012, I felt Node had (more or less) achieved my goals for a user friendly non-blocking framework:

I have only started using Node again in the last 6 months.
These days my goals are different.
Dynamic languages are the right tool for scientific computing, where often you do quick one-off calculations.
And JavaScript is a the best dynamic language.

Rather I will complain about all the warts in Node.
Bugs are never so obvious as when you're the one responsible for them.
At times Node is like nails on chalkboard to me.
It could have been so much nicer.

Regret: Not sticking with Promises

require("somemodule") is not specific.
There are too many places where it is defined
your javascript program

Allowing package.json gave rise to the concept of a "module" as a directory of
files.
This is not a strictly necessary abstraction - and one that doesn't exist on the web.
package.json now includes all sorts of unnecessary information.
License? Repository? Description?
It's boilerplate noise.
If only relative files and URLs were used when importing, the path defines the
version. There is no need to list dependencies. 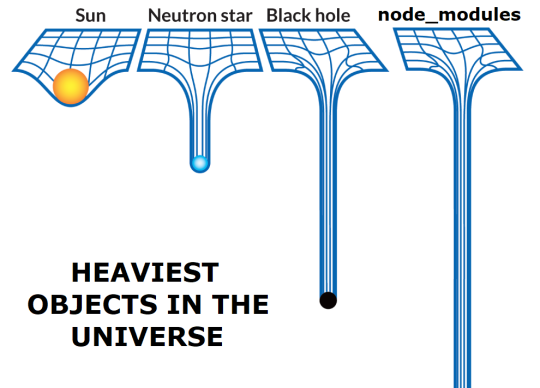 It massively complicates the module resolution algorithm.
vendored-by-default has good intentions, but in practice just using
$NODE_PATH wouldn't have precluded that.
Deviates greatly from browser semantics.
It's my fault and I'm very sorry.
Unfortunately it's impossible to undo now.

Regret: require("module") without the extension ".js"

I thought it was cute, because there was index.html ...
It needlessly complicated the module loading system.
It became especially unnecessary after require supported package.json.

My problems with Node are almost entirely around
how it manages user code.
In contrast to the focus on evented I/O early on,
the module system was essentially an afterthought.
With this in mind, I have long thought about how it
could be done better....

Disclaimer: I'm presenting a very nascent prototype.
Unless you're eager to roll up your sleeves and jump
into lldb, don't bother trying to build it.
That said... 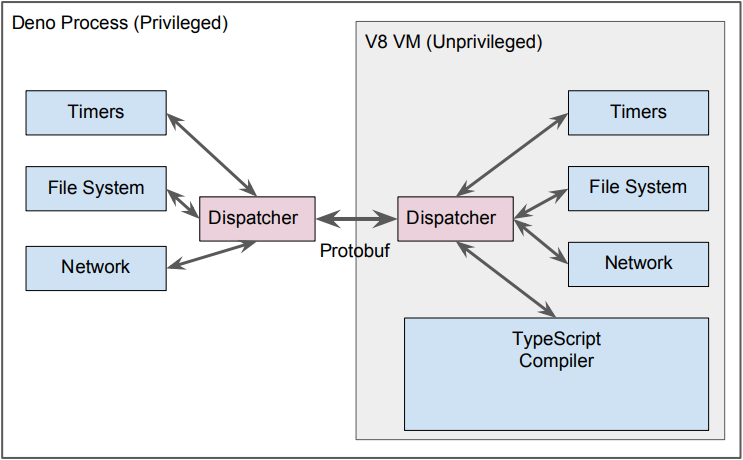 Deno Goal: Ship only a single executable with

It's only a month old. It is very much not usable.
But I'm happy with the design so far.
Comments? Questions? Concerns?
ry@tinyclouds.org
These slides: http://tinyclouds.org/jsconf2018.pdf